Could a virtual negotiator enhance your collections efforts? It should come as no surprise that reaching consumers on past-due accounts by traditional dialing methods is increasingly ineffective.  The new alternative, of course, is to leverage digital channels to reach and collect on debts.

The Past: Dialing for dollars.

Let’s take a walk down memory lane, shall we?

The collection approach used for many years was to initially send the consumer a collection letter recapping the obligation and requesting payment, usually when an account was 30 days late. If the consumer failed to respond, a series of dialing attempts were then made, trying to reach the consumer and resolve the debt.

Unfortunately, this approach has become less effective through the years due to several reasons:

In fact, here is a breakdown by age group that Gallup published in 2015, highlighting the weakness of traditional phone-dialing. 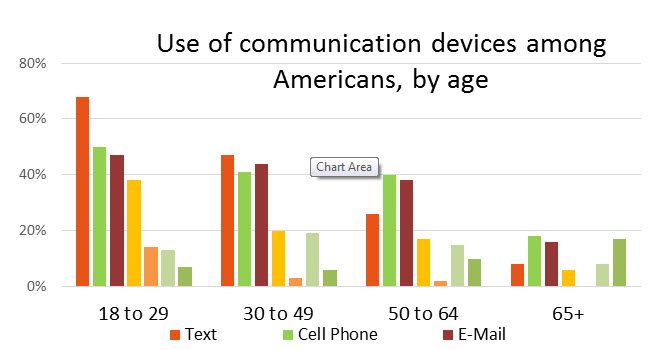 With the ability to get the consumer on the phone to negotiate a payment on the wane, the logical next step is to go digital and use the Internet or text messaging to reach the consumer. With 71 percent of consumers now using smartphones and virtually everyone having an Internet connection, this can be a cost-effective approach.

Some companies have already implemented an electronic payment portal whereby a consumer can make a payment using his or her PC or smartphone.  Usually this is prompted by a collection letter, or if permitted by consumer consent, a text message to their smartphone.

Fortunately, there is a new technology involving a virtual negotiator approach coming into the market now.  It works like this:

This is the future of collections, especially when you consider the younger generations rarely wanting to talk on the phone. They want to handle the majority of their matters digitally, on their own terms and at their own preferred times. The collections process can obviously be uncomfortable, but the thought is the virtual negotiator approach will make it less burdensome and more consumer-friendly.

Are You Ready for the New CFPB Regulatio...

The CFPB recently issued a NPRM to implement the FDCPA. If you aren’t ready for the new CFPB regulation, what are you waiting for? Read more!

Big data is now in reach for financial institutions for all sizes amid the expansion of Experian's platform to drive faster, better decisions.